Are you in the process to relocate to Oklahoma City? Storage Sense has put together a movers guide for your easy transition to Oklahoma City. Oklahoma City – locally known as OKC – is sometimes overlooked in favor of other cities in the region, such as Dallas or Kansas City. However, OKC has a rich history, a thriving culture, and a promising future of its own. The city is unique in its ability to balance Oklahoma’s traditional Midwest background with the spirit and change so often associated with a diverse and growing region. Considering moving to Oklahoma City this year? Discover the city with our definitive guide below! 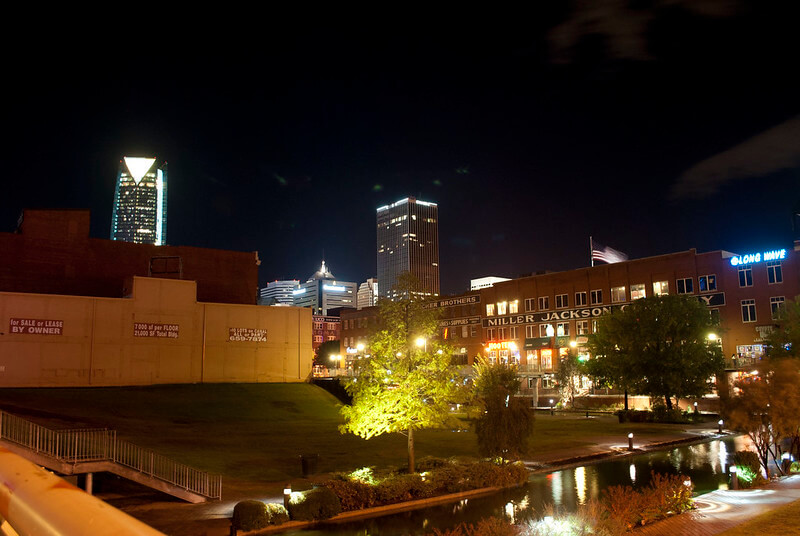 Oklahoma City is the capital and largest city in Oklahoma. Consequently, the city is host to a number of larger corporations, the majority of which are focused on energy exploration. Notably two fortune 500 companies make their home in the city, Chesapeake Energy and Devon Energy, and these two companies along with a handful of smaller energy companies account for a significant portion of the city’s economy.

Indeed, the state as a whole mirrors this energy sector influence. In a recent report usenergyjobs.org notes:

Recently, however; Oklahoma City has sought to diversify its economy outside of the energy sector, and subsequently the city has experienced a boom in the sectors of information technology, services, health services, and administration. Under the city’s initiative Forward OKC VI, a plan that seeks to build off of the city’s previously plans implemented over the last 25 years, Oklahoma City will be seeking to ween itself off of its energy influence by by embracing the following cornerstone concepts:

Ultimately, through these cornerstone goals OKC hopes to diversify its economy, grow its current workforce, and improve the reputation of the city along with the overall quality of resident’s life. The city will seek to partner with higher education, and increase the talent pipeline through an aggressive marketing effort that will highlight OKC’s low cost of operation. Moving forward, the city hopes to expand its bioscience and healthcare industries, and increase aircraft/aerospace operations in Oklahoma beyond maintenance. This flexibility and adaptability should be perceived as a positive to individuals looking at moving to Oklahoma City. 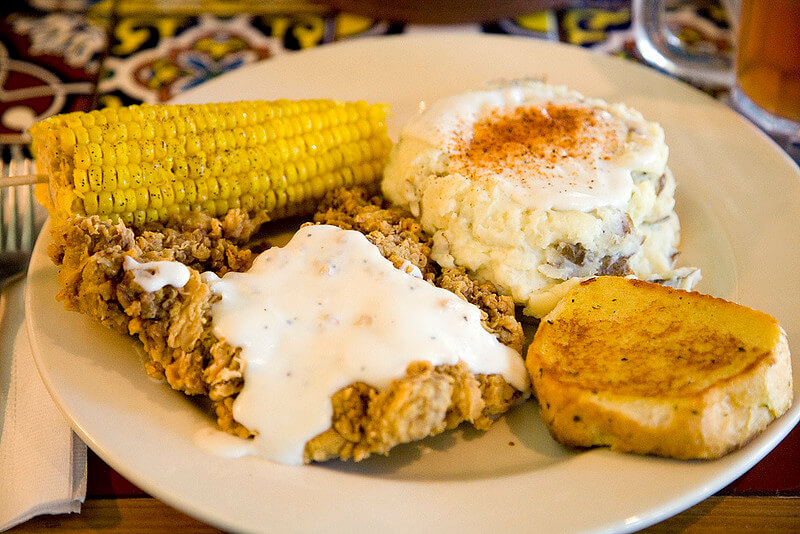 Traditionally, from a culinary perspective the Midwest is characterized by hearty and simple dishes such as roasts and stews, as well as comfort classics like fried chicken and barbeque. Oklahoma City exemplifies this notion with its abundance of standout restaurants featuring downhome classics like biscuits, fried okra, cornbread, grits, and chicken-fried steak.

Alternatively, largely due to the city’s continued efforts in diversification, Oklahoma City has become a popular choice for startup restaurant ventures. As such, the city ultimately features a diverse roster of restaurants that balance homestyle traditional options with newer and more adventurous styles of cooking. We’ve listed a few of our area favorites below:

As seen, despite its traditional culinary influences, Oklahoma City is still able to distinguish itself as a culinary force with its varied, exciting, and adventure restaurant options. Are you considering moving to Oklahoma City this year? Be sure to stop at one of our restaurant favorites listed above! 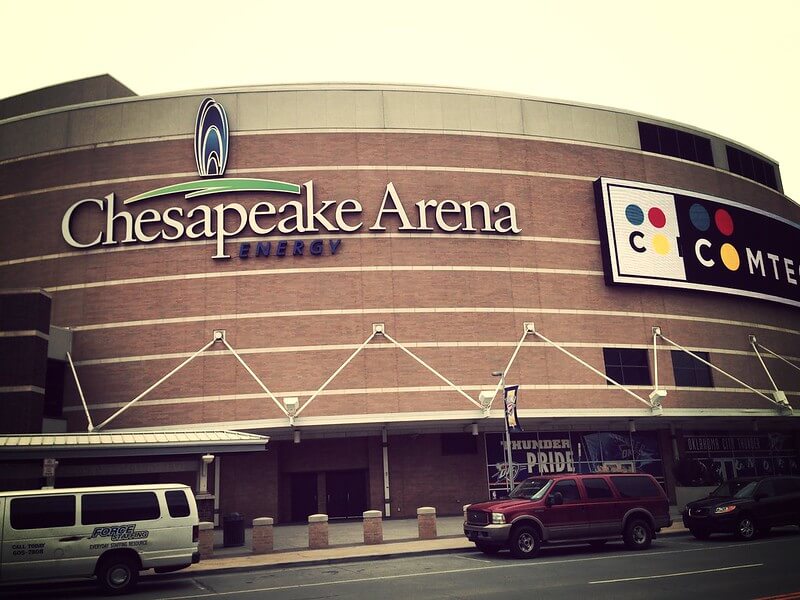 Demographically, Oklahoma City is a remarkedly young city, with half of its residents under the age of 40. The city caters to this younger demographic with its selection of live entertainment attractions, and notably the city is host to a number of professional sports teams. Since a move from Seattle in 2008 the city has been host to the NBA’s Oklahoma City Thunder, a team that plays out of Chesapeake Energy Arena. This team rose to recent prominence through the performance of superstars Kevin Durant, James Harden, and Russel Westbrook, a handful of stars that successfully led the franchise to an NBA finals appearance in 2012. Overall the team has been remarkedly successful in its new location at Oklahoma City – A recent report shows that the Thunder franchise is now worth $1.66 billion, and has moved up to rank 22nd in overall NBA franchise value. 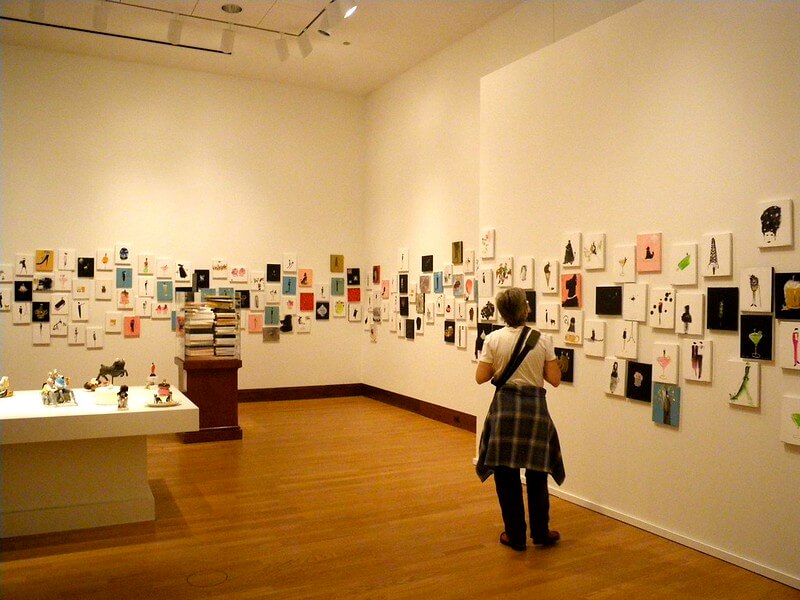 The Oklahoma City Museum of Art by ptoad lic CC BY 2.0

As with any capital city, Oklahoma City functions as the cultural epicenter of Oklahoma, and the city highlights this concept with its numerous museums, theaters, and concert venues. Perhaps the most notable of Oklahoma City’s cultural attractions is the Oklahoma City Museum of Art, or the OKMOA, a museum located in the Donald W. Reynolds Visual Arts Center in the heart of downtown Oklahoma City, Oklahoma.

Celebrated as one of the leading arts institutions in the region, the Museum boasts a collection of exhibitions and artworks from North America, Europe, and Asia, with particular strengths in American art and postwar abstraction. The Museum also features a theater that showcases a variety of foreign, independent, and classic films each week, a restaurant that serves artisan beers and classic seasonal cocktails, and is noted to house a collection of Chihuly glass that includes a 55-foot Eleanor Blake Kirkpatrick Memorial Tower in the Museum’s atrium. Prior to your visit you should be sure to check the Museum’s event calendar – The Museum notedly schedules guest lecturers and special exhibits throughout the year.