This holiday season we are supporting the Salvation Army Hope Marches On campaign! Please consider making a monetary donation to support this cause! Contact our store manager to make your donation!

The Definitive Guide to Moving to Denver 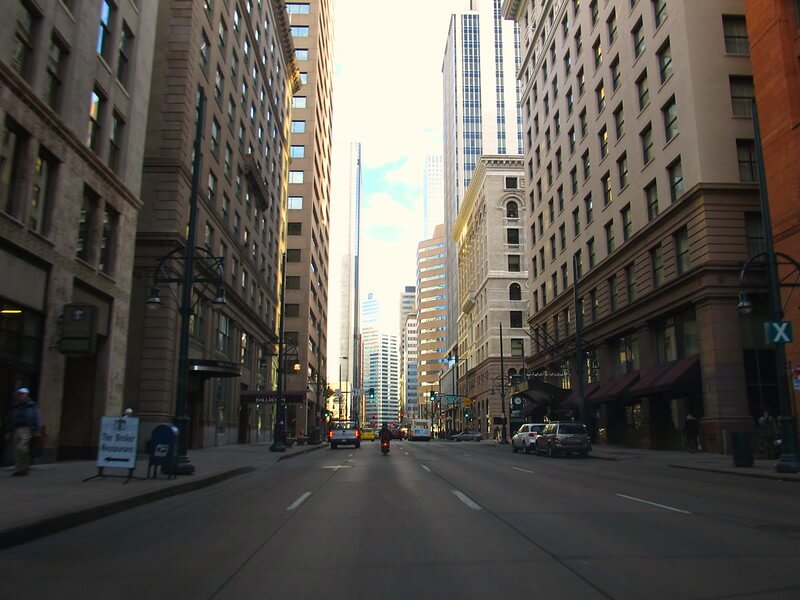 Economically, Denver is the largest and most prominent city in Colorado, and the city notably boasted an impressive $157.6 billion GMP in 2010, an amount that established the city as the 18th largest metro economy in the US. The city’s significance has in some part been established through its geographic position and its connection to some of the country’s major transportation systems. Indeed, Denver is the largest city within 500 miles, and this distinct geographic position has led the city to become a storage and distribution hub to the Mountain States, Southwest states, as well as all Western states. The city also benefits as being nearly equidistant from large cities of the Midwest, such as Chicago and some larger cities of the West Coast, such as Los Angeles.

Largely due its strategic geographic location, the city is host to a number of larger corporations, the most prominent of which include Molson Coors Brewing Company, United Airlines, the Gates Corporation (the world’s largest producer of automotive belts and hoses), MapQuest, and Re/Max. Additionally, due to city’s proximity to the Rocky Mountains a number of larger mining, gold and natural gas corporations are headquartered in the city that include Newmont Mining Corporation (the second-largest gold producer in North America), Chevron, Smith International, and the Ball Corporation (a noted glass manufacturer). Similarly, this geographical influence extends to incorporate government establishments – Notably the Denver Mint and the National Renewable Energy Laboratory make their headquarters in Denver, Colorado.

Moving forward Denver looks to retain its economic significance, while simultaneously the city is seeking to reposition itself as a desirable tech hub, similar to Silicon Valley. Tech giants like Facebook, Amazon, Netflix, and Apple have all recently opened second headquarters or offices in the region, and the city hopes that its affordability, startup favorability, and robust network of universities and colleges to recruit from will continue to influence tech company’s decisions to choose Denver as a headquarters.

Moving to Denver, Colorado this year? Experience a robust and thriving economy that will flourish for years to come. 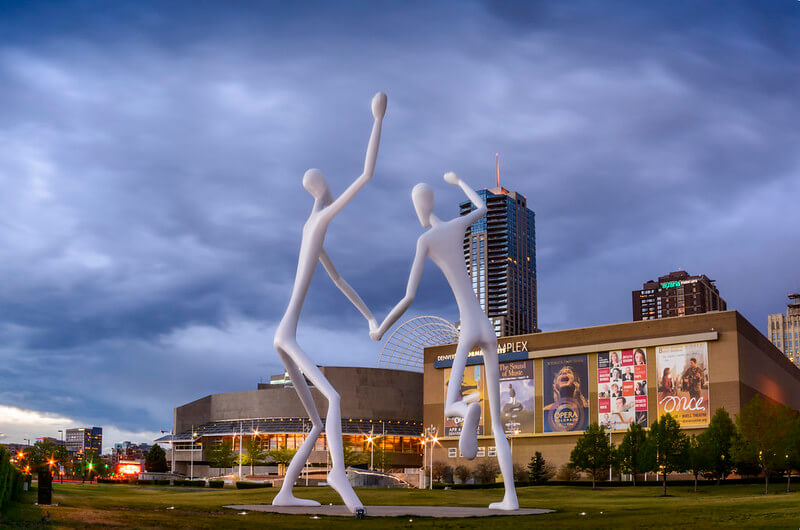 Denver ultimately stands as the cultural epicenter of the state of Colorado, and the city is host to a number of of significant and influential museums, art centers, theaters, and more. Notedly, Denver is host to the Denver Performing Arts Complex (or the DCPA), one of the largest performing arts centers in the United States. The DCPA is a four-block site containing ten performance spaces that are host to a theatre company, Broadway touring productions, contemporary dance and ballet, chorales, a symphony orchestra, opera and more. Organizations that regularly appear in one or more of the DCPA’s performance spaces include the Colorado Ballet, the Colorado Symphony, and Opera Colorado. Be sure to check the DCPA’s event calendar prior to planning your visit.

Equally as culturally influential, Denver is home to the Denver Art Museum (or DAM), an art museum in the Civic Center of Downtown Denver. The DAM hosts encyclopedic collections of more than 70,000 diverse works from across the centuries and world, making this Denver institution one of the largest art museums between the West Coast and Chicago. Particularly, the Museum is known for its collection of American Indian art, as well as the Petrie Institute of Western Art, both of which comprise the Museum’s Western art collection. The DAM’s structure itself is also something of significance – The Museum’s iconic Martin Building (formerly known as the North Building) was designed by famed Italian architect Gio Ponti in 1971, and similar it its reverence, the DAM’s Hamilton Building (housing the Museum’s Modern and Contemporary Art, African Art, and Oceanic Art collections) was designed by acclaimed Architect Daniel Libeskind.  Be sure to check out the DAM’s event calendar prior to planning your visit!

Moving to Denver, Colorado this year? Be sure to visit the city’s numerous cultural attractions like the Denver Performing Arts Complex and the Denver Art Museum.

Denver is a remarkably young city – The city’s median age is 37, and its largest age block is 15-29. The city caters to this younger demographic with its wide selection of live entertainment options, as well as its collection of nearby outdoor attractions. Denver is home to a variety of sports teams, and notedly the city is one of 13 US cites with teams from all major sports. Readers should be familiar with the Denver Broncos, a team that has played out of Mile High Stadium since 1960 and most recently won the Super Bowl in 2015. Denver’s additional professional sports teams include the Colorado Rockies playing out of Coors Field, and the Denver Nuggets and Colorado Avalanche who both play at Ball Arena. Remarkedly all stadiums are located in the heart of Downtown Denver – Consider planning a weekend trip around a visit to one of Denver’s many professional sports teams this year.

Beyond live sports, Denver distinguishes itself with its collection of outdoor attractions, particularly the many acclaimed ski resorts surrounding the city. Notable ski resorts within the immediate Denver area include Vail Ski Resort, a mountain boasting the fourth-largest area of skiable terrain in the US, Breckenridge Ski Resort (which is currently owned by Vail), and Copper Mountain, a mountain and ski resort located about 75 miles outside of Denver in Summit County, Colorado. Additional smaller mountains include Keystone Resort, Loveland Ski Area, and Winter Park Resort.

Moving to Denver, Colorado this year? Be sure to visit one of the city’s many exciting attractions. 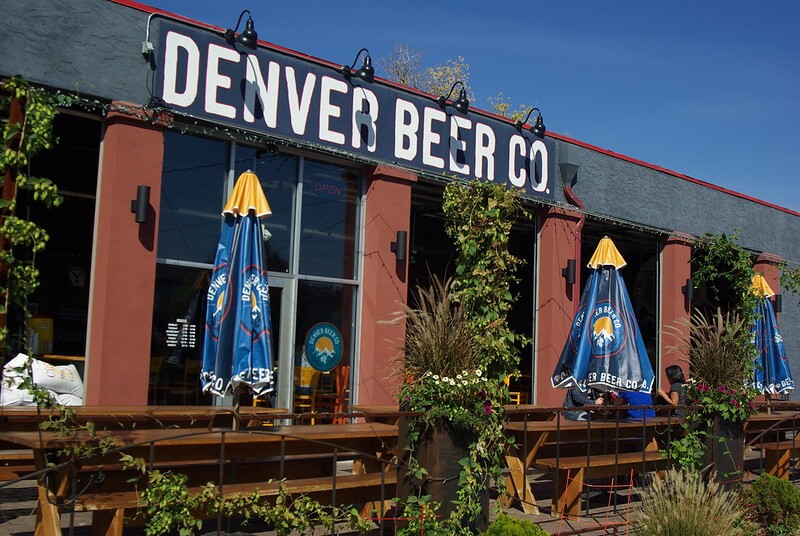 Denver is a diverse and thriving city, and its culinary offerings ultimately act as an extension of this concept. As such, the city is host to a number of revered and critically acclaimed restaurants that highlight an array of diverse culinary styles. Read more below to learn of some of our area favorites!

Additionally, beyond its restaurants, Denver is widely known for its thriving craft brewery scene. We’ve listed a few below that any individual moving to Denver, Colorado should be sure to check out!

As seen, Denver’s culinary scene is ultimately as varied and eclectic as its city inhabitants. Are you a new mover recently settling into the area? Consider checking out one of our many favorite restaurants or breweries this year!

Need help moving? Self storage can be the answer to organizing your belongings as you settle into your new place. Storage Sense is a local Denver storage facility with drive-up and indoor storage units. This facility also offers convenient and affordable RV storage in Denver.  Our self storage near Aurora is minutes from downtown Denver CO, and our experts are ready to help you with your move to the neighborhood. Call or stop by our storage facility on East Florida Avenue to check our our storage options or ask any questions.