A Definitive Guide to Living in Shreveport LA

Considering living in Shreveport LA, or the surrounding area this year? Tucked up in the Northwest corner of Louisiana, Shreveport is often forgotten in comparison to its larger and more prominent neighbor New Orleans, but that is not to say the city should be dismissed. Indeed, Shreveport is a remarkable city, and it is notable for having a diverse and thriving economy, a number of prominent cultural attractions, and a spectacular culinary scene boasting a number of exemplary and celebrated restaurants sure to please any foodie. Read our definitive Shreveport, LA city-guide today, and learn just what makes this Louisiana city so exciting! 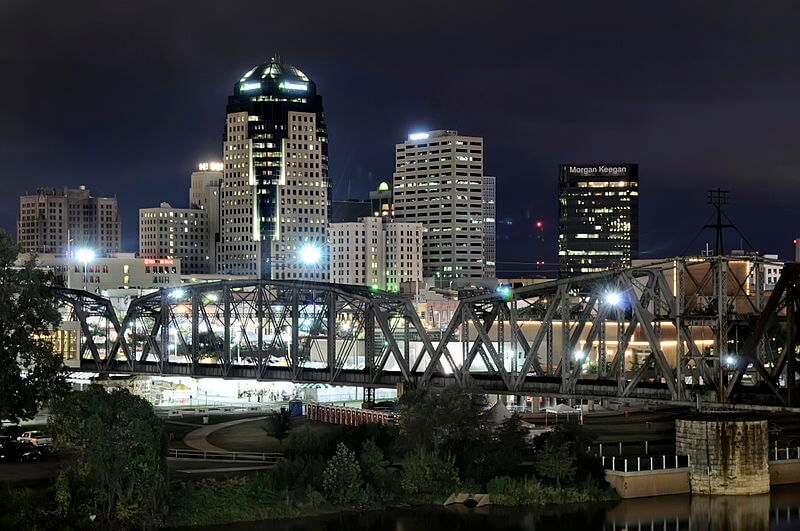 Historically, Shreveport’s economy was previously centered around the oil and energy industries, and at one time the city was the headquarters of Standard Oil of Louisiana. Additionally, beginning in 1930, Shreveport, Louisiana was headquarters to United Gas Corporation, the nation’s busiest pipeline operator and massive integrated oil company. Currently; however, the city has shifted to a more balanced and flexible economy, based primarily off of the healthcare, service, biotech, and manufacturing industries. Notable companies with significant operations or headquarters in Shreveport, LA are Amazon, JPMorgan Chase, AT&T Mobility, United Parcel Service, Walmart, Chick-fil-A, and Waffle House, among others.

Additionally, largely due to tax incentives offered by the state government, Shreveport, LA has become a significant film and entertainment hub. Indeed, Louisiana boasts the third largest film industry in the country, behind California and New York, and is sometimes called “Hollywood South”. Subsequently, a number of notable movies have been filmed in the area, including The Mist, Year One, W., Harold & Kumar Escape from Guantanamo Bay, and Texas Chainsaw 3D.

Moving forward, city officials are optimistic for the city’s economic future, with predictions from a recent LSU economic report stating 600 new jobs will be coming to Shreveport-Bossier within the next two years. Additionally, Shreveport’s economy will be further bolstered by job creation in the healthcare, manufacturing, and cybersecurity industries. Considering living in Shreveport, LA this year? Be sure to take notice of the city’s diverse and growing economy!

Cajun Food in Shreveport LA by foodgroup lic CC by 2.0

Fittingly, Shreveport’s culinary scene is a reflection of the area’s Bayou culture. Subsequently, the city is host to a number of exemplary and celebrated restaurant’s specializing in Cajun cuisine. This style of cooking was originally developed by the Cajun–Acadians who were deported from Acadia to Louisiana during the 18th century. Dishes are characterized by their use of locally available ingredients, as well as fresh seafood and meat, including crawfish, shrimp, and andouille sausage. Additionally, Cajun cuisine extensively utilizes aromatic vegetables (or, vegetables that deliver deep, rounded flavor and aroma when heated or crushed), such as green bell pepper, onion, celery, parsley and bay leaf.

We’ve gather a list of some of our favorite Cajun restaurants within the area, as well as some additional restaurants of note. Be sure to visit one of our selections if you ever visit Shreveport, LA this year!

Alternatively, beyond the city’s culinary scene, Shreveport, LA is host to a number of innovative and exciting breweries and brewpubs, such as:

Considering living in Shreveport, LA this year? Be sure to spend some time visiting the city’s numerous celebrated restaurants and breweries! 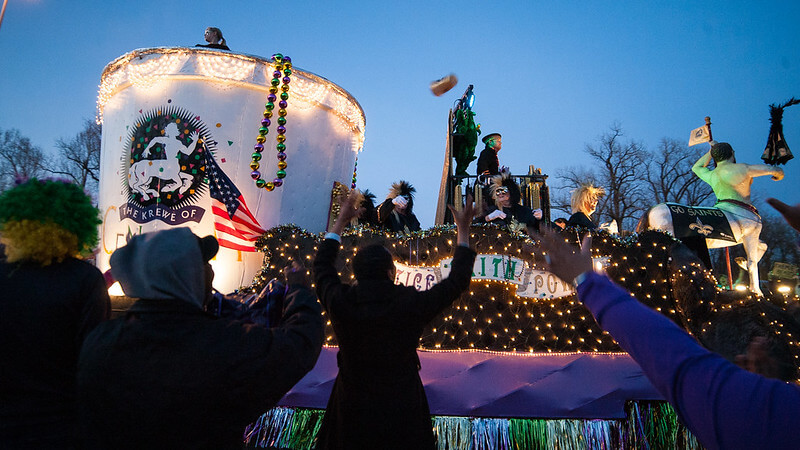 Mardi Gras in Shreveport LA by shreveportbossier lic CC BY 2.0

Culturally, Shreveport, LA as an exciting and diverse city, and notedly the area is home to a number of notable theaters, museums, and performing arts groups, including the Shreveport Opera, Shreveport Metropolitan Ballet, Shreveport Symphony Orchestra, The Strand Theatre, and the Multicultural Center of the South, among others.

Of the aforementioned, perhaps The Strand Theatre is Shreveport’s most historically significant cultural destination. Originally opened in 1925 as a Vaudeville venue, this theatre was previously nicknamed “The greatest theatre of the South” and the “Million Dollar Theatre” by its builders, Julian and Abraham Saenger of Shreveport. By the 1940s the venue had evolved into a movie cinema, which it remained until its closure in 1977. In 1984 the venue successfully re-opened following extensive renovation and restoration efforts, and the theatre currently serves as a performing arts venue, featuring the Shreveport Broadway Series and other traveling Off-Broadway shows. Additionally, in 1977 the theatre was officially placed on the National Register of Historic Places. Considering taking in a show? Be sure to visit the Theatre’s Event Calendar prior to planning your visit!

Beyond the city’s extensive collection of theatres and performing arts centers, Shreveport is host to a number of significant festivals throughout the year. Notable events include the Highland Jazz & Blues Festival, Holiday in Dixie, and the Red River Revel, an annual autumn arts festival founded in 1976, that is the largest outdoor festival in northern Louisiana. Additionally, similar to New Orleans, Shreveport is host to an extensive Mardi Gras celebration, lasting from from January 6th up until its closing on the 1st of March. Indeed, Mardi Gras celebrations in Shreveport date to the mid‑19th century when krewes and parades were organized along the lines of those of New Orleans. Currently, the city is host to a number of distinctive krewe parades throughout the celebration, including the Krewe of Sobek Parade, Krewe of Centaur Parade, Krewe of Barkus Parade, Krewe of Gemini Parade, and the Krewe of Highland Parade.

Considering living in Shreveport, LA this year? Be sure to take some time to visit the city’s many cultural attractions, including The Strand Theatre and the city’s annual Mardi Gras parade! 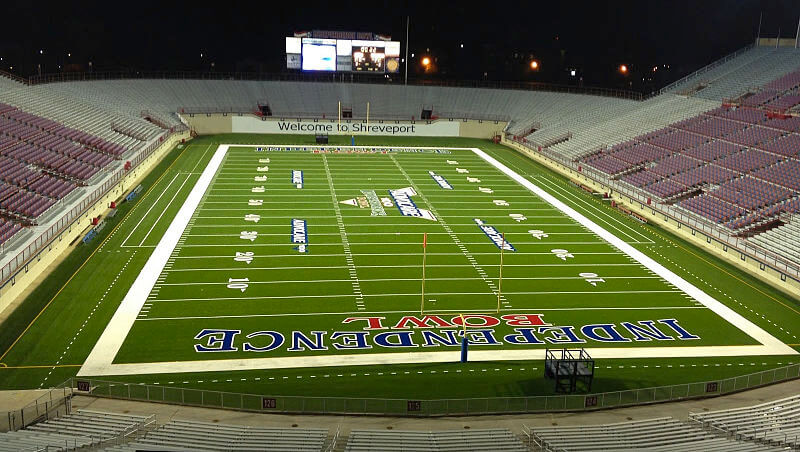 Formerly known as State Fair Stadium and Fairgrounds Stadium, Shreveport is home to Independence Stadium, a 50,000 seat multi-purpose stadium used for sporting events, concerts, and other large-scale events. Notably, since 1976, Independence Stadium has hosted the Independence Bowl, a post-season National Collegiate Athletic Association-sanctioned Division I college football bowl game that is played annually each December. Additionally, this stadium has been the site of  a number of significant events, including LHSAA state football championship games in 2005, the annual Arkansas–LSU football rivalry from 1924 to 1936, and the annual Port City Classic—an NCAA college football competition featuring Southern University of Baton Rouge. Additionally, Independence Stadium is the site of various concerts throughout the year, and has hosted notable artists such as Taylor Swift, Garth Brooks, and Kenny Chesney in the past.

Considering living in Shreveport, LA this year? Consider planning a trip to attend one of the many events held at Independence Stadium this year!

As seen, Shreveport LA is a diverse and exciting city, and it is notable due to its robust economy, wealth of cultural attractions, and spectacular culinary scene. So, now that you’re considering living in Shreveport, LA; what are your next steps? Look no further than Storage Sense in Shreveport, LA!

Looking for additional self storage options in the Greater Louisiana area? Introducing Storage Sense in Bossier City, LA! This location is the ideal facility for affordable storage units in Bossier City, LA, as well as its surrounding areas. Amenities of this facility include temperature controlled storage units, and drive-up self storage units. Additionally, for your convenience, this facility offers month-to-month rentals, and sells packing and moving supplies onsite. Talk with our storage experts today!