A Definitive Guide to Moving to Nashville TN 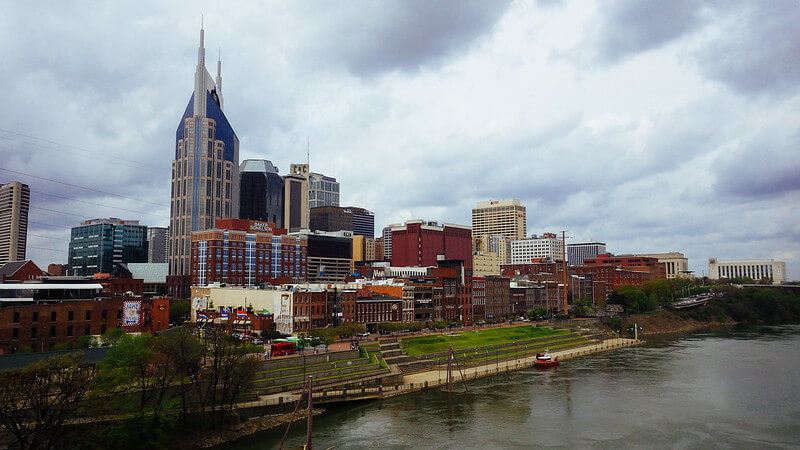 Economically, Nashville is a robust and thriving city, and in recent times the area has been described as a “southern boomtown” by numerous publications. Indeed, Forbes Magazine has recently cited the city as having the 3rd fasted growing economy in the US, and the US Census bureau cites that Nashville “adds an average of 100 people a day to its net population increase”. Additionally, real estate site Zillow recently listed the Nashville region as the “Number One” Metro Area for Professional and Business Service Jobs in America, as well as having the “hottest Housing market in America“. Fittingly, the city is host to a number of Fortune 500 companies, including Community Health Systems, Dollar General, SmileDirectClub, Hospital Corporation of America, and Tractor Supply Company.

As the “home of country music”, Nashville has become a major music recording and production center, and a number of prominent recording studios have their offices within the city, including Warner Music Nashville, UMG Nashville, and Capitol Records Nashville. Additionally, Nashville has been the headquarters of guitar company Gibson since 1984, one of the U.S.’s largest guitar manufacturing companies. Overall, the influence of Nashville’s music industry has had a significant affect on the Tennessee economy, with a recent study noting: Nashville’s music industry is estimated to have a total economic impact of about $10 billion per year and to contribute approximately 56,000 jobs to the Nashville area.

Moving forward, beyond the city’s music and tourism industries, Nashville’s technology sector is predicted to be a major driving force for the city’s economy. Supplementing this notion, Amazon announced its plans to build an operations center in the Nashville Yards development to serve as the hub for their Retail Operations division. This new Operations Center of Excellence is expected to bring nearly 5,000 jobs to the area, making it the largest jobs announcement in Tennessee’s history. Equally as impactful, Oracle Corporation has recently announced that it will construct a $1.2 billion campus in Nashville, a decision expected to create nearly 8,500 high-paying tech jobs for the city.

Considering moving to Nashville, TN this year? Be sure to take note of the city’s robust and thriving economy prior to planning your visit! 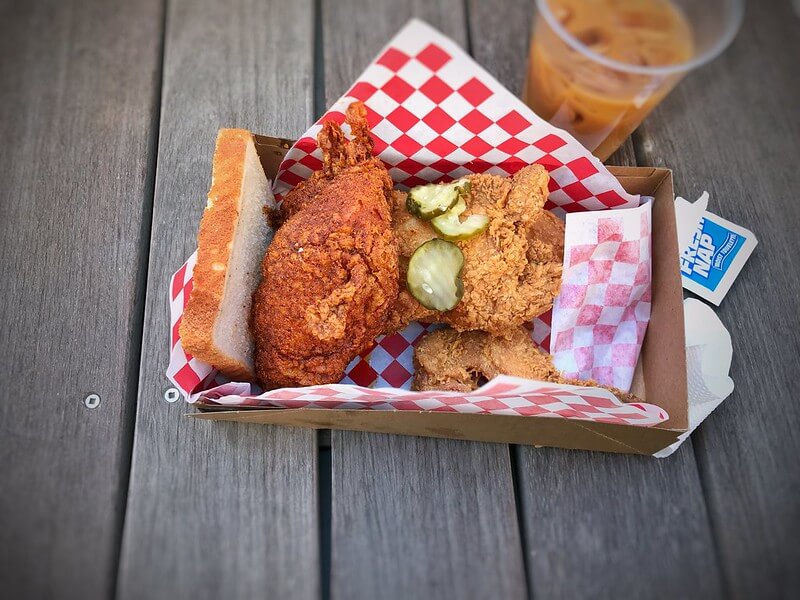 Nashville’s culinary scene is a reflection of the city’s Southern heritage, and subsequently, the city is host to a number of celebrated restaurants featuring Southern classics such as Barbecue, Biscuits, and Hot Fish and Chicken. Perhaps the city’s most significant culinary offering is its Nashville Hot Chicken, a local specialty whose popularity has spread beyond the Southern United States due to the influence of Nashville’s music industry.

Historically, spicy fried chicken has been served in Nashville’s African-American communities for generations, but it is generally accepted that the originator of hot chicken is the family of Andre Prince Jeffries, owner of Prince’s Hot Chicken Shack. Though variations of the dish exist, Nashville Hot Chicken is typically characterized as a portion of breast, thigh, or wing that has been marinated in a water-based blend of seasoning, floured, fried, and finally covered in a paste or sauce that has been spiced with cayenne pepper. Additionally, traditionally, the dish is served atop slices of white bread with pickle chips.

We’ve listed a few of our favorite Nashville restaurants below. Be sure to check some of them out this year!

Additionally, beyond the city’s culinary scene, Nashville is host to a number of innovative, exciting, and widely celebrated breweries and brewpubs such as:

Considering moving to Nashville, TN this year? Be sure to take some time to visit one of the city’s many acclaimed restaurants or breweries this year!

Fittingly nicknamed “Music City, U.S.A.”, Nashville has a vibrant music and entertainment scene spanning a variety of genres. Notedly, the city’s cultural scene is an extension of the country music industry, and subsequently the city is host to a number of significant country music attractions, including the Country Music Hall of Fame and Museum, Belcourt Theatre, and Ryman Auditorium.

Of the aforementioned, the Ryman Auditorium is perhaps the most significant. Also known as Grand Ole Opry House and Union Gospel Tabernacle, this auditorium is a 2,300-seat live performance venue in the heart of Downtown Nashville. Previously, from 1943 to 1974, this venue was host to the renowned Grand Ole Opry, a weekly American country music stage concert that showcases a mix of famous singers and contemporary chart-toppers performing country, bluegrass, Americana, folk, and gospel music, as well as comedic performances and skits. Since its opening, Ryman Auditorium was included in the National Register of Historic Places in 1971 and was later designated as a National Historic Landmark, largely due to the auditorium’s pivotal role in the popularization of country music.

Additionally, Nashville is the host to a number of influential and significant festivals and events throughout the year, including the Nashville Film Festival, Nashville Pride, the CMA Music Festival, the Tennessee State Fair, and the Country Music Association Awards, among others. Perhaps the most noteworthy of these events is Nashville’s CMA Music Festival, a four-day music festival centered on country music, hosted each June by the Country Music Association (CMA). Originally beginning in 1972 under the name Fan Fair, this festival now draws over 400 artists and celebrities who hold autograph sessions and perform in concerts offered throughout the festival. Overall, this festival is a remarkable success, and in 2011, total combined attendance for the four-day event was estimated to have exceeded 250,000 people at ticketed events and in free areas. Perhaps most notable, half of the proceeds from the festival each year are donated to charity, while the other half is designated by the CMA for the “advancement of country music”.

Considering moving to Nashville, TN this year? Be sure to schedule some time to visit some of the city’s numerous cultural attractions, events, or festivals this year, including the CMA Music Festival and Ryman Auditorium. 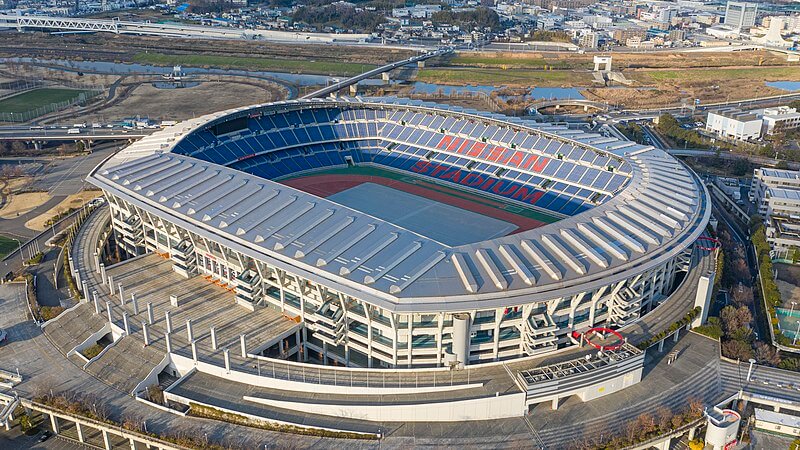 Demographically, Nashville, Tennessee is a remarkably young city. Indeed, the median age in Nashville is 34 years old, and the city caters to this younger demographic with its selection of live sports attractions. Notably, the city is host to three professional sports teams: the Tennessee Titans of the National Football League (NFL), the Nashville Predators of the National Hockey League (NHL), and Nashville SC of Major League Soccer (MLS).

Of the aforementioned, perhaps Nashville’s most significant team is its Tennessee Titans, a team that plays out of Nissan Stadium in the heart of Downtown Nashville. Previously known as the Houston Oilers, the team was founded by Bud Adams who owned it until his death in 2013, and began play in 1960 in Houston, Texas, as a charter member of the American Football League (AFL). The team relocated from Houston to Nashville, Tennessee in 1997, and since their move the team has enjoyed popularity in the city, and success within the league, reaching the Super Bowl at the end of the 1999 NFL season, and winning four division championships recently (2000, 2002, 2008, and 2020).

Alternatively, beyond the Tennessee Titans, Nissan Stadium and the surrounding Nashville area is host to a number of notable events and attractions. From April 25–27, 2019, Nashville hosted the 2019 NFL Draft, which saw an estimated 200,000 fans attend each day. Additionally, Nissan Stadium regularly hosts soccer matches featuring the United States men’s national team as well as by the women’s national team and visiting professional clubs. The stadium also serves as a large concert venue, and is the main stage for the annual CMA Music Festival, a four-day country music festival held every June. Notable artists have included Kenny Chesney, Tim McGraw, Taylor Swift, and Garth Brooks, among other notable musicians.

Considering moving to Nashville, TN this year? Be sure to schedule some time to take in a Tennessee Titans game at Nissan Stadium when you visit!

As seen, Nashville, TN is a remarkable and exciting city, and it is notable due to its thriving economy, and its distinct Southern cultural heritage, one that includes a distinct, innovative, and celebrated culinary scene, and a number of significant and influential music-related attractions and festivals. So, now that you’re considering moving to Nashville, TN; what are your next steps? Look no further than Storage Sense in Madison, TN!

Whether you are new to the area because of a move or for school, Storage Sense has everything for easy, affordable storage in Madison TN. Additionally, Storage Sense in Madison, TN is the ideal location for affordable storage units in Nashville, TN, and is a mere 10 miles from the city’s center. Choose between interior, temperature-control, and drive-up storage units in a variety of sizes. We also have moving supplies sold on-site, so you never have to worry about being unprepared. For contact-free rentals, visit our available units page. Rent your storage unit right away and move in immediately, or reserve one for future use without obligations or credit card information. 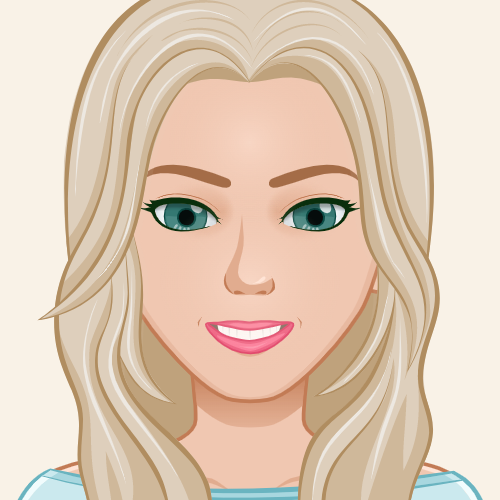 About the Author: Paige is a Social Media Coordinator at Storage Asset Management in York, PA. She brings the most useful storage tips and tricks to your social media feed and loves a good self-storage pun. Beyond work, Paige spends her free time traveling extensively, her most recent trip being the Andes Mountain region of Bolivia.