Are you considering living in York, PA this year? Also known as the White Rose City, this city is the county seat of York County PA, providing a deep suburban feel to the community. This city is scattered with parks, bars, and a downtown historic district. Our mission at Storage Sense is to be more than just a self storage facility, so check out our movers guide to this wonderful city and see what is in store for you! Then find secure York PA storage to make your move to the area even easier! 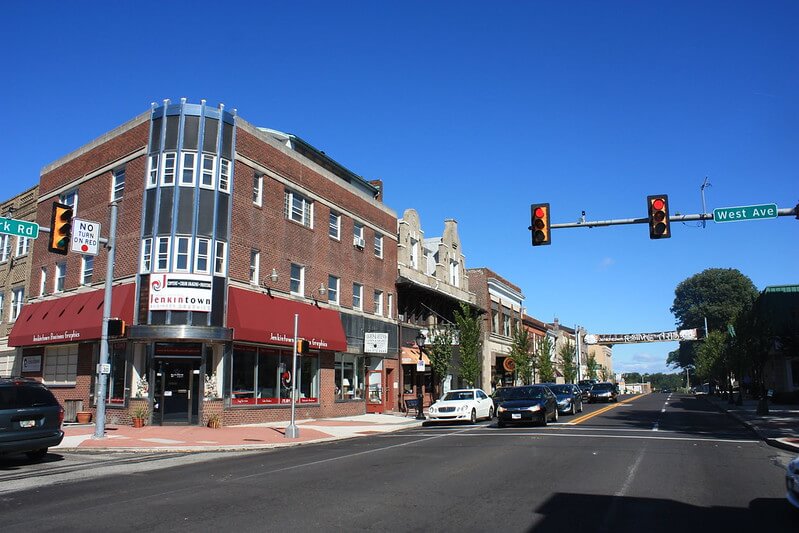 Overall, York, Pennsylvania boasts a diverse and varied economy, built off a number of smaller business and corporations, such as Dentsply Sirona, York Barbell, the Glatfelter manufacturing company, and the Stauffer Biscuit Company, a company that has produced animal crackers since 1871. Of the aforementioned, perhaps York’s most significant corporation is Dentsply Sirona, an American dental equipment manufacturer and dental consumables producer that markets its products in over 120 countries. Though originally founded by four New York businessmen in 1899 as Dentists’ Supply Company, the company shortly soon after moved its headquarters to the site of its factory in York in the 1900s. Ultimately, this company is responsible for a significant portion of the city’s economy, employing over 16,000 workers within the greater York area.

Similar in impact, as previously mentioned York is home to York Barbell, an American-based international manufacturer of fitness products. Founded in 1932 by the “Father of World Weightlifting”, Bob Hoffman, York Barbell has had a significant influence on the weightlifting and bodybuilding communities. Indeed, the company previously supplied barbells to the United States military during WWII, and has sponsored over 40 national champions and numerous Olympic gold medalists throughout the years. Additionally, the corporate office of York Barbell Company houses the official Weightlifting Hall of Fame and Museum and continues to host a variety of powerlifting and bodybuilding competitions. Currently, York Barbell is a significant employer in the greater York area, and overall, this company has had a significant impact on the city’s culture and the surrounding community.

Moving forward, York has recently partnered with Fourth Economy Consulting, a national economic and community development strategy firm, to develop a comprehensive economic development for the city’s future. The planning process will seek to engage stakeholders throughout York County to identify the city’s strengths and weaknesses, understand and evaluate the challenges and opportunities that exist, and to develop a strategic plan to position York as a highly desirable location to live and work.

Considering living in York, PA this year? Be sure to take note of the city’s diverse and growing economy prior to planning your visit! 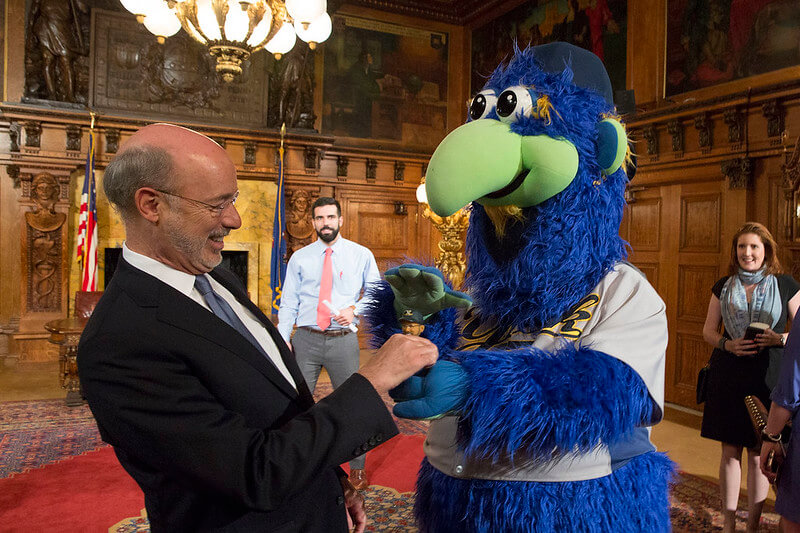 The York Revolution in York PA by twolf lic CC BY 2.0

Despite its smaller size, York, PA is host to a number of notable live attractions, the most significant being its flagship baseball team, the York Revolution. This York, PA baseball team is a member of the North Division of the Atlantic League of Professional Baseball, an independent “partner league” of Major League Baseball. Currently, the team plays out of PeoplesBank Park, a 7,500-seat baseball park located in the Arch Street neighborhood that has the distinction of having the tallest wall in baseball. Indeed, at 37 feet, 8 inches, the left field wall of York’s ballpark surpasses the height of the Green Monster at Fenway Park, the home of the Boston Red Sox. Since their foundation, the York Revolution has enjoyed continued success, winning their league championship three times, in 2010, 2011, and 2017. Considering taking in a game? Be sure to check the team’s Event Calendar prior to making your plans!

Considering living in York, PA this year? Be sure to schedule some time to take in a York Revolution baseball game at PeoplesBank Park when you visit the city! 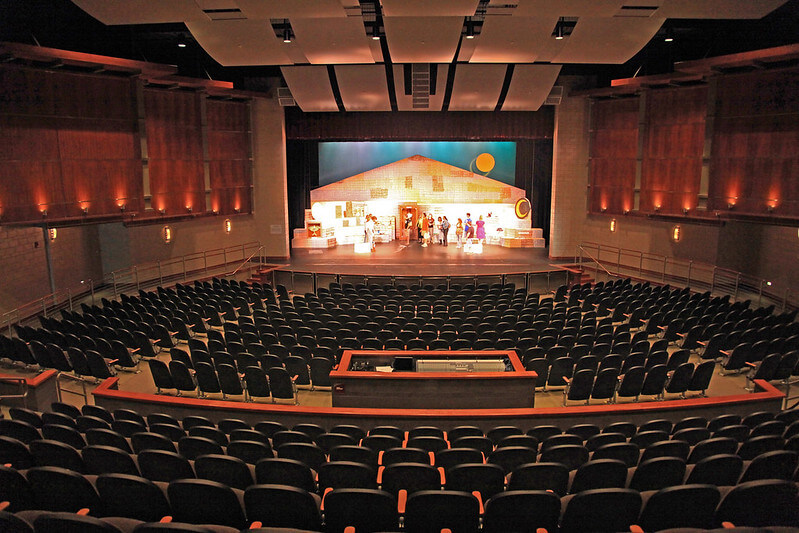 The Belmont Theatre in York PA by yorkpa lic CC BY 2.0

Culturally, York, Pennsylvania is a diverse and exciting city, and the city is notedly host to a number of significant and influential cultural attractions, including various museums, festivals, theatres, and performance art centers. Notably, the city is home to The Appell Center for the Performing Arts, a performing arts center that serves as a leading arts presenter in south central Pennsylvania. The complex encompasses five buildings, including its two historic theaters – the Capitol Theatre, built in 1906 as a one-level dance hall, and the Strand Theatre, which opened in 1925 primarily for vaudeville and silent movies. This center offers a diverse choice of shows, ranging from rock concerts and symphonies, to musicals and stand-up comedy, and has previously hosted performers such as Kenny G, Bill Cosby, B.B. King, and George Carlin, among others.

Perhaps equally as influential, York, Pennsylvania is host to the Pullo Center, a premier venue for concerts, Broadway shows, comedy, and family entertainment in Central PA. Housed on the Penn State York campus, the Pullo Center at Penn State York features a 1,016-seat theatre with full production capabilities. Organizations using this Center include the York Youth Symphony Orchestra, York Junior Symphony, Dreamwrights, and Spring Garden Band. Additionally, the Pullo Center has been host to a number of prominent national acts, including Jason Aldean, the comic duo Key and Peele, Lewis Black, the Gin Blossoms, and Bob Saget, among other notable performers.

In addition to the city’s numerous theatres and performance centers, York, PA is the site of the historic York Fair, an event that serves to represents the city’s evolving role as an agricultural and industrial center. Originating in the historic old Town of York in 1765, the York Fair is cited as the country’s oldest state fair. This event typically runs every year in September for 10 days, and features typical fair attractions, such as rides, games and contests, various farming exhibitions, local vendors, and performances from nationally recognized musical artists, such as Gretchen Wilson, Carrie Underwood, Toby Keith and Lynyrd Skynryd.

Considering living in York, PA this year? Be sure to schedule some time to visit some of the city’s numerous cultural attractions, events, or festivals this year, including the York Fair and the Pullo Center! 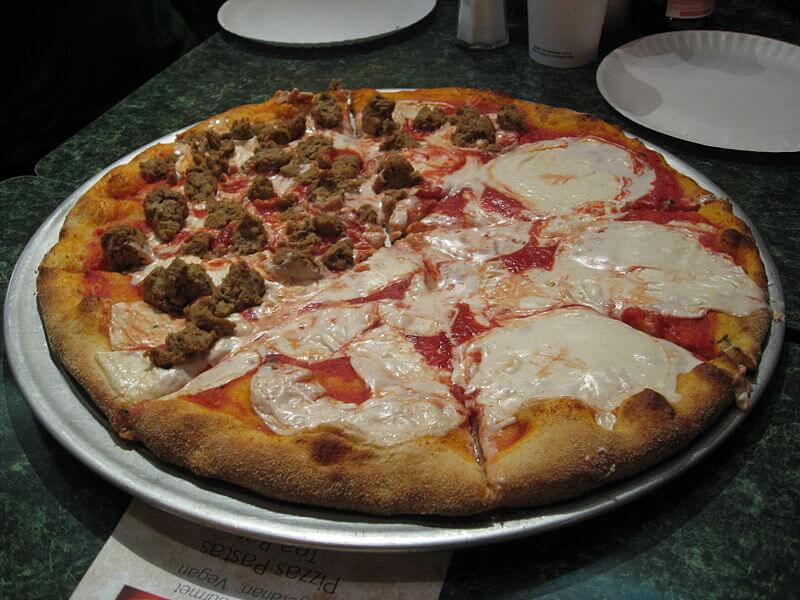 The Culinary Scene of York PA by wiki lic CC BY 2.0

Overall, York, PA boasts a diverse culinary scene, and the city is host to a number of celebrated and innovative restaurants sure to meet any foodie’s standards. We’ve listed a few of our favorites below; Be sure to stop in at one if you are ever visiting York, PA!

Alternatively, beyond the city’s culinary scene, York, PA and its surrounding area is host to a number of innovative and exciting breweries and brewpubs, including:

Considering living in York, PA this year? Consider taking some time to visit some of the city’s many acclaimed restaurants or breweries this year!

Self Storage Units in York PA

As seen, York, Pennsylvania is an incredibly diverse and exciting city, and it is notable due to its thriving economy, and its wealth of cultural attractions, including numerous notable museums, parks, theatres, and performance art centers. So, now that you’re considering living in York, PA; what are your next steps? Look no further than Storage Sense in York, PA!

Conveniently located  off of North George Street in York, PA, Storage Sense is your ideal spot for affordable storage units in York, PA, as well as its surrounding areas. Our facility comes equipped with indoor temperature controlled units, private vault storage, outdoor parking spaces, U-Haul truck rentals, and more! Whether you have stored in the past or know which self storage option you would like, you can save yourself time and rent online. Now, if you have any questions about our property and not sure which type of unit would be the best fit for you, call our office or stop on by. Our expert staff will be glad to assist you throughout this process and answer any questions. Get started today with a storage unit in York PA!