A Definitive Guide to Living in Huntsville AL

Are you a prospective mover considering living in Huntsville AL or nearby in Madison County? Voted as one of the best places to live in Alabama, learn why this area makes the top of our list for places to live and visit. Known as the “Rocket City,” Huntsville is home to the largest space museum in the world. Explore the city’s space history, and learn about the Huntsville scientists that help develop rockets to take men to the moon!

Overall, Huntsville, AL’s economy is largely dictated by the aerospace and military technology industries. Subsequently, the city is host to a number of influential military and aerospace companies, including Redstone Arsenal, Cummings Research Park (CRP), and NASA’s Marshall Space Flight Center. Of the aforementioned, Huntsville’s Cumming Research Park is particularly significant, and is noted as being the second largest research park in the country and the fourth largest in the world. Additionally, previously CRP was voted as the Most Outstanding Science Park in the World in 1997 by the Association of University Research Parks, and in 2017 the park was presented with the Developing Communities of Innovation award. Currently, CRP is the home of over 300 companies, and the numerous technology and aeronautical related companies are responsible for employing more than 26,000 workers, and housing 13,500 students.

Additionally as impactful, Huntsville, AL remains the center for rocket-propulsion research in NASA and the Army, and the city is notably home to the Marshall Space Flight Center, the U.S. government’s civilian rocketry and spacecraft propulsion research center. As the largest NASA center, MSFC’s first mission was developing the Saturn launch vehicles for the Apollo program. Currently the MSFC is the lead center for the Space Shuttle main propulsion and external tank; payloads and related crew training; International Space Station (ISS) design and assembly; computers, networks, and information management; and the Space Launch System (SLS). Overall, the MSFC has an enormous economic impact on its home state of Alabama, with NASA noting the following:

Moving forward, Huntsville, AL is expected to continue its trend of economic growth, a factor bolstered by the city’s overall affordability, as well as its numerous surrounding universities which serve to provide a highly educated, talented, and easily accessible workforce. Indeed, numerous economists project that the city is on track to be Alabama’s largest within five years. Are you a prospective mover considering living in Huntsville, AL this year? Be sure to take note of the city’s varied and thriving economy prior to planning your visit this year! 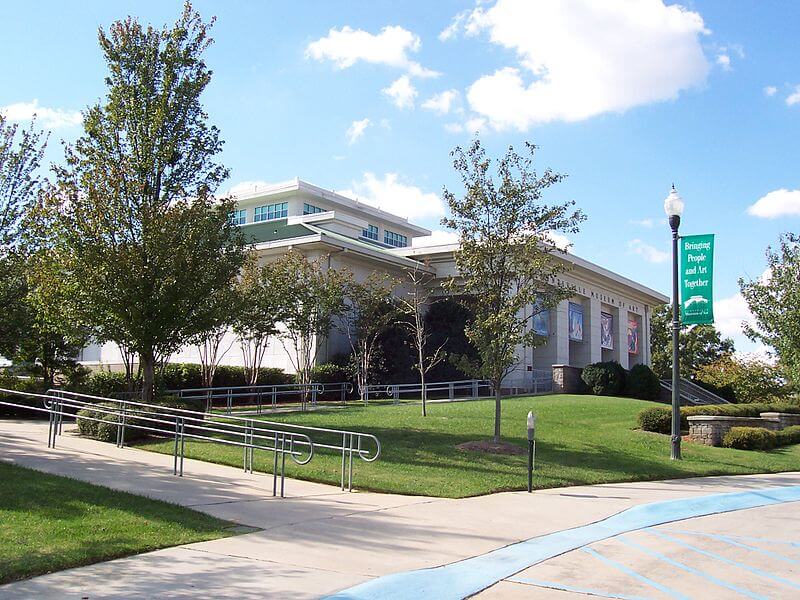 the Huntsville Museum of Art by wiki lic CC BY-SA 3.0

Culturally, Huntsville, AL is an exciting and diverse city, and the city is notably host to a number of theaters, museums, performance centers and more. Pictured above, the Huntsville Museum of Art is of particular note. Founded in 1970 by city ordinance of the Museum Board of the City of Huntsville, this museum features a permanent collection comprised of more than 3,000 objects. Overall, this museum focuses primarily on 19th and 20th century American art with an emphasis on art from the Southeast. African, Asian, and European art. Notedly, the collection holds some 400 works on paper by American artists, including works from James McNeill Whistler, Reginald Marsh, John Sloan, Robert Rauschenberg, Frank Stella, and Andy Warhol. Planning a visit? Be sure to check the Museum’s Event Calendar prior to planning your trip!

Are you a prospective mover considering living in Huntsville, AL this year? Be sure to take note of city’s varied cultural scene, including the city’s numerous museums and historic districts! 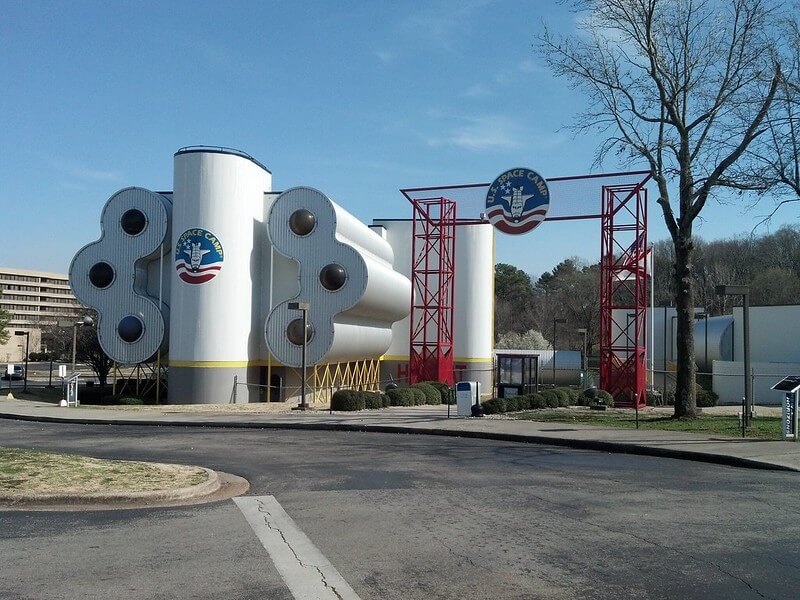 Previously mentioned, Huntsville, AL is closely aligned with the aeronautic and space industries, and this is further exemplified in the presence of the city’s premier attraction, its Space Camp. Space Camp is an educational camp in Huntsville, Alabama, on the grounds of the U.S. Space & Rocket Center museum at NASA’s Marshall Space Flight Center. Originally founded in 1982, this camp is composed of a variety of educational activities and simulations, tailored to a variety of age groups, from 7 at the youngest all the way up to 18 years old. Camp attendants can participate in such programs and activities as the Mach III Elite Aviation Challenge, a realistic aviation training program that uses simulated combat scenarios, and the Space Camp’s Robotics Camp, a program where attendees use robotic technologies to create engineering solutions for real-world problems. Interested in attending? Visit the Space Camp’s website for information on booking a visit today!

Outside of the city’s Space Camp, Huntsville, AL is noted for its extensive collection of parks and greenways available for the public’s use. Indeed, there are notably 57 parks within the city limits of Huntsville, its most significant being the Monte Sano State Park, Huntsville Botanical Garden, Burritt on the Mountain, and the Big Spring International Park. Of the aforementioned, the Huntsville Botanical Garden is particularly noteworthy. Open year-round, this attraction is a 112 acre botanical garden located outside of the U.S. Space & Rocket Center in Downtown Huntsville. The gardens include a seasonal butterfly house, and aquatic, annual, daylily, fern, herb, perennial, rose, and wildflower gardens, as well as a nature path and collection of Flowering Dogwood trees. Overall, this is one of Alabama’s most popular attractions, and in 2008 the garden was listed as fifth on the list of Alabama’s top paid tourist attractions, receiving 307,985 visitors throughout the year.

Are you a prospective mover considering living in Huntsville, AL this year? Be sure to take some time to discover the city’s numerous cultural attractions, including the renowned Space Camp and the city’s many parks and greenways. 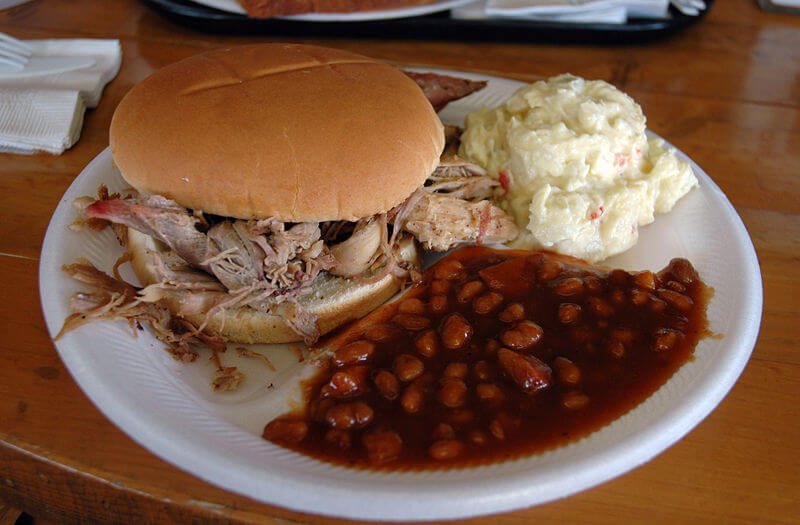 Pictured above, Huntsville Alabama’s culinary scene is largely synonymous with barbecue and Southern comfort cuisine. Similar to its neighbor to the north, “Memphis style” BBQ, Alabama barbecue is principally focused on pork shoulder and pork ribs served with a tomato based sauce. Additionally, the state is the birthplace of white barbecue sauce, which contains mayonnaise and is traditionally served on chicken. Fittingly, the city is host to a number of exemplary Southern comfort and barbecue restaurants, as well as some additional culinary visits of note. We’ve gather a list of some of our favorites you might want to consider visiting if you are ever in the Huntsville, AL area this year – Read more below!

Alternatively, beyond the city’s culinary scene, Huntsville, AL is noted to host a number of celebrated and innovative breweries, brew pubs, and distillers, such as:

Are you a prospective mover considering living in Huntsville, AL this year? Be sure to take note of the city’s diverse and celebrated culinary scene, including the city’s numerous acclaimed restaurants and breweries!

As seen, Huntsville, AL is a diverse and exciting city, and it is notable due to its thriving economy, its varied and celebrated culinary scene featuring numerous spectacular restaurants and breweries, and its many cultural attractions, including the Huntsville Museum of Art and the city’s signature Space Camp. So, now that you’ve read through our definitive city-guide, and you’re considering living in Huntsville, AL this year; what are your next steps? Look no further than Storage Sense in Huntsville, AL for your moving and storage needs!

If you need self storage in Madison County, Storage Sense has you covered, offering affordable storage units in Huntsville, AL, as well as its immediate surrounding area. We offer 6 storage facilities in Madison County with on-site experts and 2 annex locations with even more storage options. Rent your choice of temperature-controlled storage, drive-up storage units, indoor storage units or parking options, all secured within gated and fenced in facilities with 24 hour camera monitoring and secure keypad access. If you are a local business or resident searching for ways to expand your space, find the storage solution in Huntsville today! 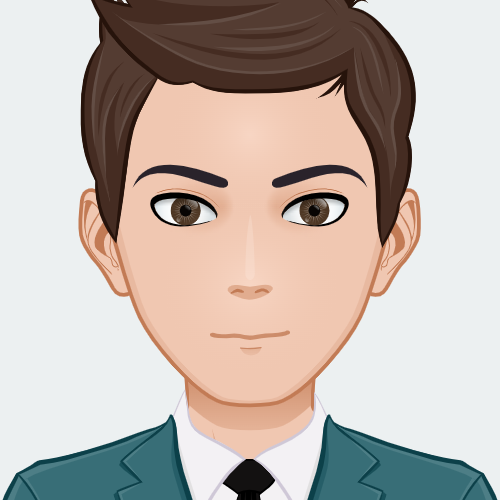 About the Author: Tim is an SEO Strategist at Storage Asset Management in York, PA. He is a self-storage industry specialist who has written about everything from storage advice and helpful resources to industry trends. In his free time, Tim enjoys sampling craft beer and exploring the local music scene.